We have achieved our Discover Science and Maths Award!!! Our Plaque of STEM Excellence will be sent to our school in June!!! Well to the staff, pupils and parents for all their hard work!!! 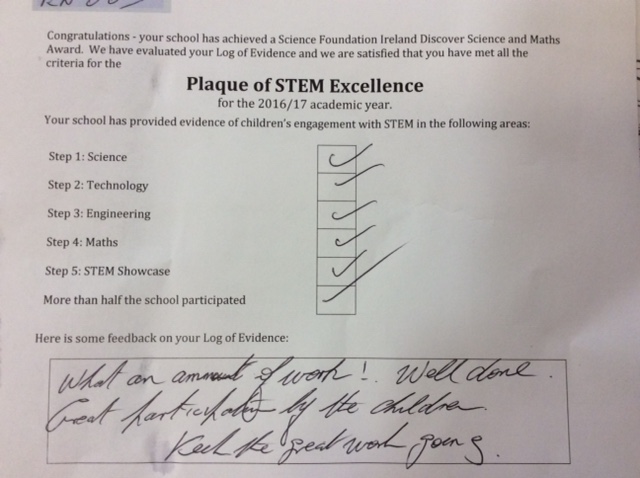 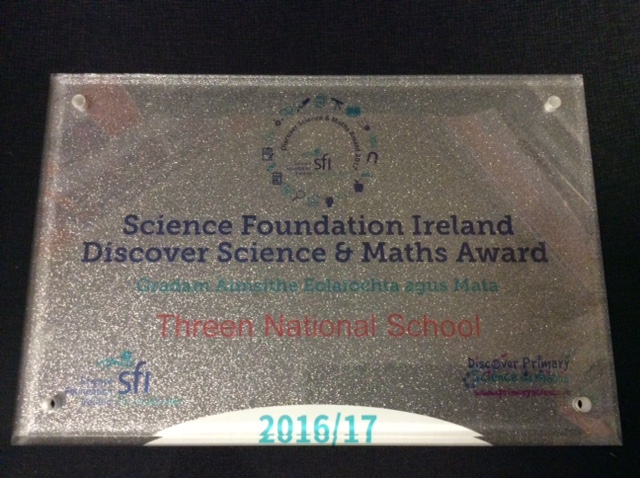 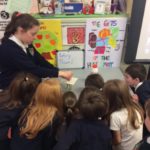 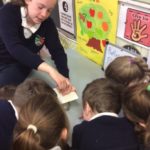 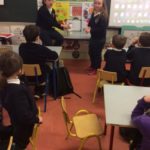 In this experiment titled, ‘Selecting the best paper for separating colours in chromatography’, Maebh cut strips of different paper (equal in length) and dipped them in water. Members of the class formed a hypothesis to guess which paper would allow the colour to transfer best (tussue, card, paper or coffee filter paper). The class came to the conclusion that the coffee filter paper worked best. 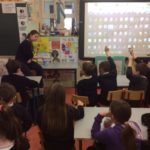 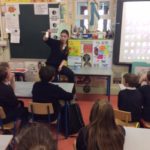 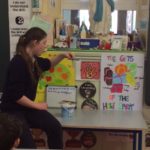 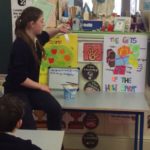 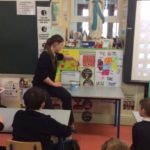 In Cian’s experiment, the water and mirror acted like a prism, splitting the light into the colours of the spectrum (when light passes from one
medium to another, for example from air to water, its speed and direction change; this is called refraction.) The different colours of light spread out, separated and the spectrum could be seen clearly! 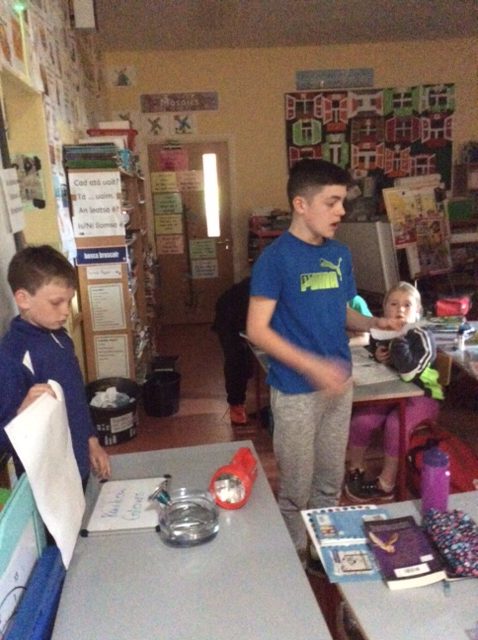 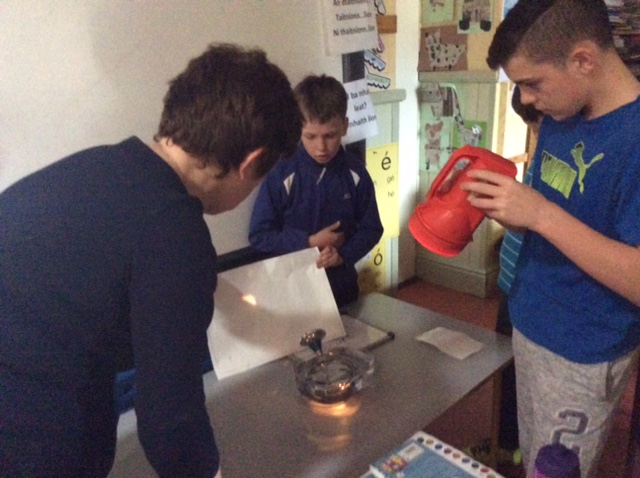 Our school was awarded the title of Tidiest School in the County!! Representatives from our school were invited to the presentation on the 7th of December in The Council Headquarters in Roscommon. It is a great privilege to be awarded with such a prestigious title and we would like to thank all our parents, pupils and staff for the important role they played in achieving this accolade.

Children in the senior room developed an increasing awareness of living things in the wider environment by selecting evergreen plants for use in the making of our Christmas wreaths and logs. The also recycled and reused old Christmas decorations. The 6th class then sold them to the local community.

We were one of the 120 businesses, community groups and clubs to exhibit at Castlerea Enterprise Town. The event took place in the sports hall of Castlerea Enterprise Hub on 9th & 10th of December. There was lots to keep the crowds entertained with a visit from Minister Denis Naughten, the Castlerea Brass Band, Rachel Allen, local professionals and Santa but to name a few!